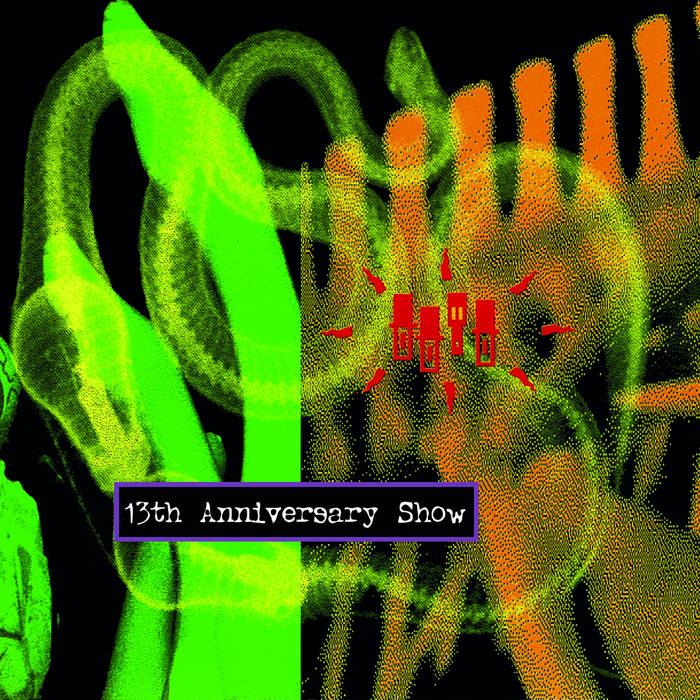 The 13th Anniversary Show was The Residents' second tour. It started in 1986 and took them to America, Europe, Japan and Australia - this recording is from Minneapolis, USA. Guitar player and band mate Snakefinger had become a regular addition to the live line-up. The Residents performed a set of music of nearly all their releases up to then: Meet The Residents, Duck Stab, Fingerprince, The Big Bubble and of course their brilliant cover versions of "This is a man's world" and "Jailhouse Rock". There are many different recordings of these performances; live in Japan, live in Holland, live in the USA. The Minneapolis show was first released as a double cassette only, and later re-issued by UWEB as a double CD. It is a complete recording of that show, and to add some more to your listening pleasure Klanggalerie have added a bonus track: an early and very raw version of "Kaw Liga" was presented live in Europe at the 13th Anniversary Shows. The whole recording has been carefully remastered, and the songs are now indexed individually. The beautiful Rex Ray artwork has been adapted to fit a slim double digipack. This release is one of the most sought after items in The Residents' catalogue. This is your chance to fill a gap in your collection.