by THE TAPEWORM VESSEL 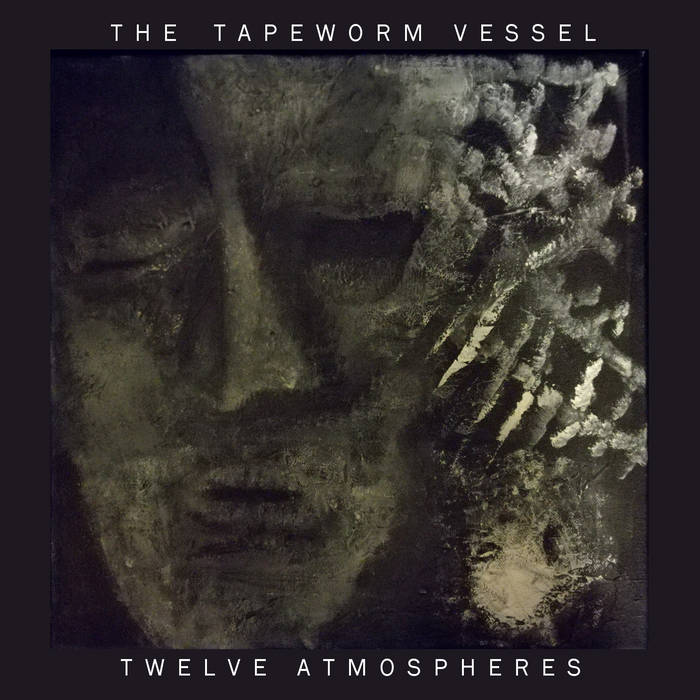 David Janssen is best known for his work as Ted The Loaf in Renaldo & The Loaf. When the band split up in 1987 after The Elbow is Taboo, Janssen took a long break from music until his return in 2006 as The Darkening Scale. After the first two solo albums under this name, he started a new collaboration with Sylvie Walder as The Tapeworm Vessel. This project produced three albums, the first one being Twelve Atmospheres which is now available on CD for the first time. It was originally released in 2008 as a download only and there was also a tiny edition on CDr which was mainly given away to friends. The Tapeworm Vessel sounds very different to The Darkening Scale. Where the latter is a playful continuation of sounds used in Renaldo & The Loaf, The Tapeworm Vessel is a very dark drone masterpiece that reminds us of Organum, Thomas Köner or Jonathan Coleclough. This new edition was remastered in 2018 and has a cover painting by Sylvie Walder and layout by Brian Poole, Janssen's partner in crime in the reactivated Renaldo & The Loaf.