Strange Culture / The Rivers Of Hades 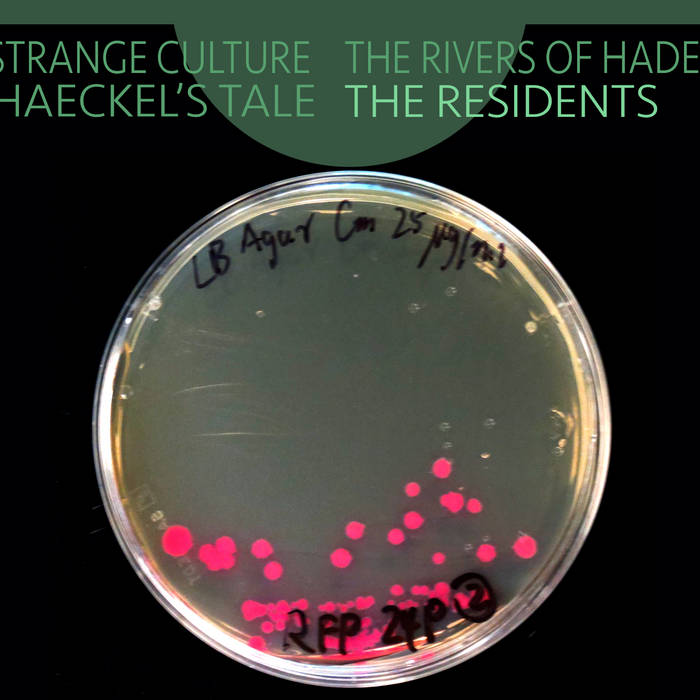 Residents music from 2007: Strange Culture (OST): In 2007, Director/artist Lynn Hershman-Leeson heard of a strange situation of an artist being arrested as a bioterrorist due to the fact that his “art” used harmless mold. She gathered a number of friends to make a film to bring more attention to the artist’s plight. Among the friends were Tilda Swinton and The Residents who had worked with Ms Hershman on her previous film, Conceiving Ada. The Rivers of Hades: An aural art piece, Chaos Is Not Just A Theory, was written by The Residents in 2007 to accompany the release of The Residents toy figures designed by Steve Cerio. The sound installation was not included in the final gallery presentation, however, and the essence of the much larger project was reduced to this piece, The Rivers of Hades. Haeckel’s Tale: The Showtime Channel has a long running horror TV series, Masters of Horror. The season included a Clive Barker story, Haeckel’s Tale. Director, John McNaughton (Henry, Portrait of a Serial Killer), was employed to oversee the project. McNaughton called in The Residents to score the film after having worked with them on a previous film, Condo Painting. For unknown reasons, the score was not used for the broadcast. Of these three 2007 projects overseen by Charles Bobuck, only The Rivers of Hades has been released on CDr in an extremely limited fan edition. This is the first release of Haeckel’s Tale and Strange Culture on CD.

Music by The Residents.
Vocals Carla Fabrizio.
Produced by The Cryptic Corporation.