by SORRY FOR LAUGHING 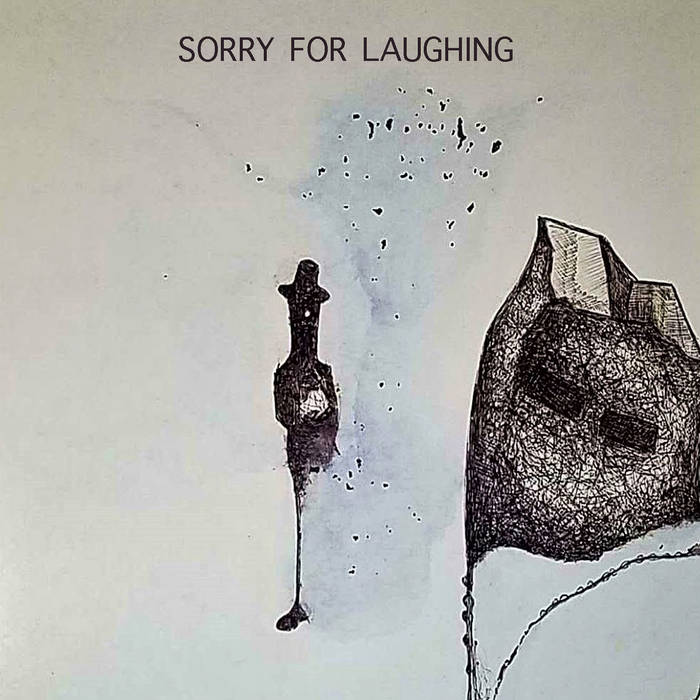 The Sorry For Laughing album was released in 1986 on cassette only. It is a project by Gordon H. Whitlow who is also a member of legendary US avantgarde collective Biota, formerly Mnemonists or Mnemonist Orchestra. Whitlow composed and recorded the album all by himself.The accompanying artwork for the original cassette release was made by several members of Mnemonists, the visual department of Biota. Sorry For Laughing has a different sound though. It is more varied, there are elements of post punk as well as elements of contemporary classical music. Somehow though you can hear Biota in there as well. Les Disques du Crepuscule is in the air. After all, the idea was to make a Christmas album. Whitlow says that when he lived in Colorado and worked in a bakery a homeless drifter used to come to the shop and buy the same stuff every day. With Christmas approaching, he interviewed the guy and got his Biota mates involved. Piano parts were recorded at a wealthy house-sit in Denver, others at Mulberry Street Studio, home of Biota's Bill Sharp who also co-produced the album. A most interesting album that's been lost for a long time. We are glad to bring it back into the world, remastered by Martin Bowes of Attrition. Gordon Whitlow says about it: "This is a solo musical project recorded in the winter of 1985-86 and self-released on cassette in a very small edition in 1986; this was followed by a modest limited edition cassette release on the ADN label in Italy in 1989. It has never been released to the public on any medium other than cassette. The compositions stem from my beginning days with the avant-garde recording ensemble Biota, shortly after completion of the Bellowing Room LP. The recordings feature a handful of Biota players contributing to compositions that fall outside the group’s activities. Vienna-based label KlangGalerie has expressed interest in reissuing the project as a CD. As you will hear from the initial spoken word (interview) passages, the project has a quasi-Christmas theme, but it is not overt in that sense. Rather, it is a collection of instrumentals whose moods and atmosphere are founded on largely repetitive melodic passages accompanied by “found” atonal elements. It is intended to be minimalistic with sparse arrangement (and on one track, some distant vocalization), aiming for a sense of nostalgia, isolation/loneliness, and childlike muse."