Songs From The Tree Of Life * Oxherding

by THE TAPEWORM VESSEL 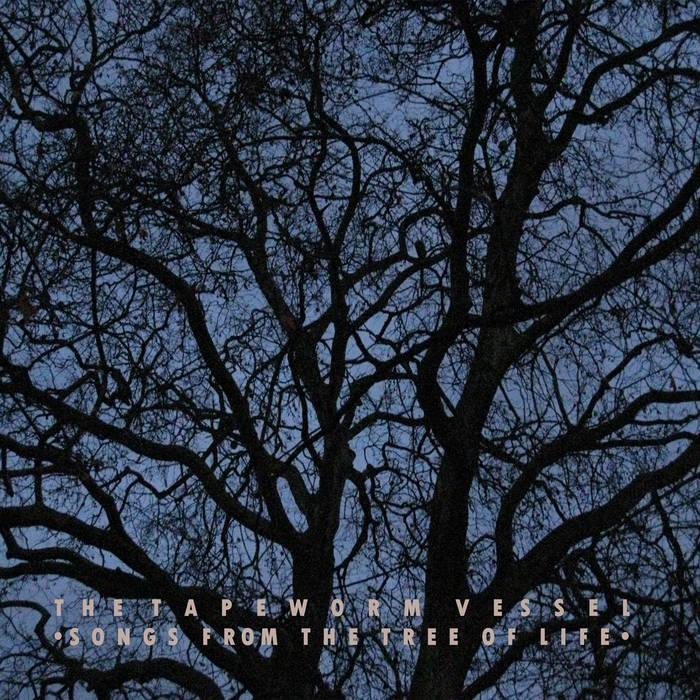 David Janssen is best known for his work as Ted The Loaf in Renaldo & The Loaf. When the band split up in 1987 after The Elbow is Taboo, Janssen took a long break from music until his return in 2006 as The Darkening Scale. After the first two solo albums under this name, he started a new collaboration with Sylvie Walder as The Tapeworm Vessel. This project produced three albums, the first one being Twelve Atmospheres which is available from Klanggalerie. Songs From The Tree Of Life was released in 2009 as a digital download and a tiny CD-R edition. It was followed by Oxherding in 2012, again as download and micro CD-R edition which was mainly given away for free to friends. The Tapeworm Vessel sounds very different to The Darkening Scale. Where the latter is a playful continuation of sounds used in Renaldo & The Loaf, The Tapeworm Vessel is a very dark drone project that reminds us of Organum, Thomas Köner or Jonathan Coleclough. The band say this about the recordings: This release of music by The Tapeworm Vessel comprises the whole of Songs From the Tree of Life and an edited version of Oxherding. Songs From the Tree of Life was composed in much the same way as Twelve Atmospheres, re-released by Klanggalerie in 2018. That is to say, we were still exchanging sonic files accross the Channel and applying mysterious and secretive treatments without lengthy discussions, experimentating with absolute freedom, following a single rule : at the end, things either work or they don’t. The title hints ironically at Stevie Wonder's iconic album. An album which bears little resemblance with ours, except for one thing : up to this day, Sylvie and David have never actually seen each other ! For Oxherding we decided to work with an underlying concept to underpin the music. After some discussion we settled on the Ten Bulls of Zen, otherwise known as the Oxherding Pictures. Whilst this was a great focus it also involved lots of discussion, and from David’s perspective it was similar to the process that Renaldo and the Loaf experienced when recording Arabic Yodelling.......the difficult third album! The interpretations of this Buddhist parable we exchanged were finally channeled into one single track, a track hopefully taming the Ox for a while. Ironically, for many reasons, little new music emerged after this difficult birth, but now, once again, there are distant rumblings......This new edition was remastered in 2020 and has a cover painting by Sylvie Walder and layout by Brian Poole, Janssen's partner in crime in the reactivated Renaldo & The Loaf.