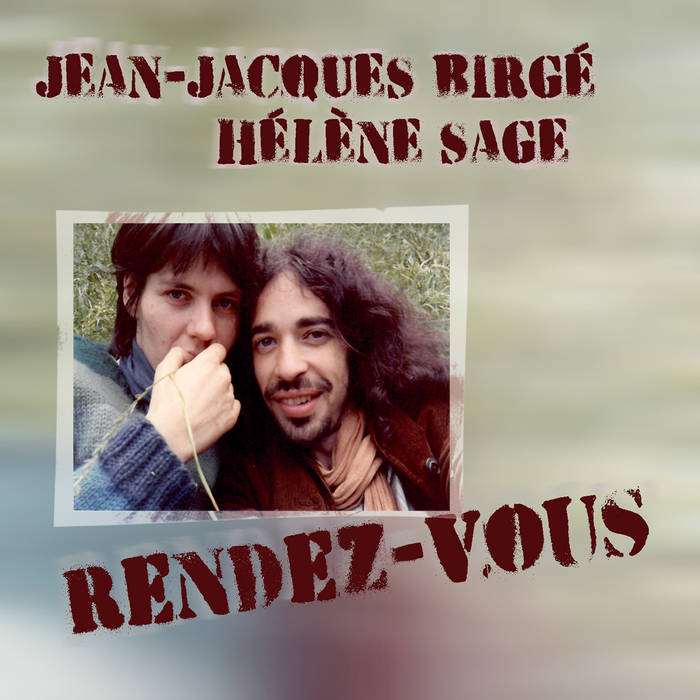 French group Un Drame Musical Instantané was founded in 1976. They present an original, unclassifiable, inventive music, which drifts from jazz to electronic sounds and contemporary music. Klanggalerie has started an extensive re-issue programme with these unqiue avantgarde pioneers which will bring back their classic albums but also side projects like this one. "Rendez-Vous" was recorded in 1981 but never released. This is what group founder Birgé has to say about the recording: "I met Hélène when she was doing a performance at Espace Palikao in Paris with choreographer Lulla Card Chourlin. She was singing whilst driving an old Mercedes Benz, trying to run over Lulla, and playing double bass on its roof! I proposed her to record some improvisations at Studio GRRR as I've always done with new musicians and as I'm still doing. The connection was so great, as one can hear on this record 37 years later, that I asked her to join the 15-piece orchestra of Un Drame Musical Instantané which had just been founded. She brought some crazy stuff into the group, playing strange instruments she had invented herself. She is a wonderful flute player, but I asked her to play all kinds of instruments and also to sing, leaving her often free to improvise besides the written score. In the next years we both played as a duo and she became the fourth member of the Drame. When I listen to these pieces today, I'm surprised by the high degree of composition, the quality and variety of our inventions. The mix of acoustic and electronic instruments sounds totally contemporary, plus with the energy of youth and the absolute love for innovative forms."