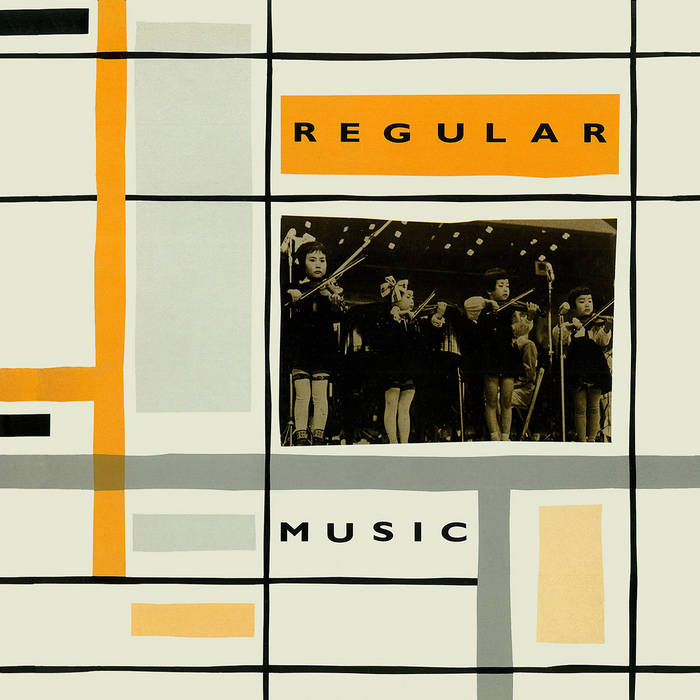 Regular Music were early instigators of the UK post-systems movement whose work straddles the spheres of rock, minimalism and post-punk. The band was formed in 1980 by composer/performers Helen Ottaway, Jeremy Peyton Jones and Andrew Poppy who met at Goldsmiths College in SE London where they studied music in the 1970s. Rather than wait for commissions they looked to models such as Steve Reich, Philip Glass, Gavin Bryars and Michael Nyman who formed their own ensembles to play their music. The first Regular Music concerts took place at the ACME Gallery in Covent Garden on 20 and 21 June 1980. On the programme were works by Poppy and Peyton Jones as well as works by Morton Feldman, English Experimental composer John Lewis, Phillip Glass and Maurizio Kagel and among the performers were flautist/saxophonist Geoff Warren, violinist Alex Kolkowski, tuba player Dave Powell and pianist Alex Maguire all of whom were fellow ex-students from Goldsmiths or Royal Holloway College. Other gigs followed at theatres and art galleries in London and Nottingham, and then in 1982 Poppy left the band and joined The Lost Jockey, a larger band with a similar ethos, and Regular Music were joined by composer/pianist Jonathan Parry. By now they were performing music written exclusively by band members, mostly Parry and Peyton Jones but including works by violist Maria Lamburn and reeds player Geoff Warren. In a significant move the band was joined in 1983 by rock drummer Charles Hayward, electric guitarist Bron Szerszynski and vocalist Mary Phillips and settled into its eventual amplified line-up of saxes, tuba, voice, keyboards, strings, drums and guitar found on this album. By this time violinist Mark Emerson had been replaced by Jocelyn Pook, and Geoff Warren on reeds by Sarah Homer. In 1984 there was an Arts Council tour of the UK and the band collaborated with video artist Steve Littman to make the large-scale music/video piece ‘The Long Search for the Necessary Tool’. Later that year they were approached by Geoff Travis at Rough Trade to make this album. Performances in 1985 included The Bloomsbury Festival, the Almeida Theatre and Musique de Traverse in Reims. The band’s final performance was at the first MIMI festival in St Remy de Provence in July 1986. Following a period of writing new material the band was relaunched by Peyton Jones as Regular Music II in 19