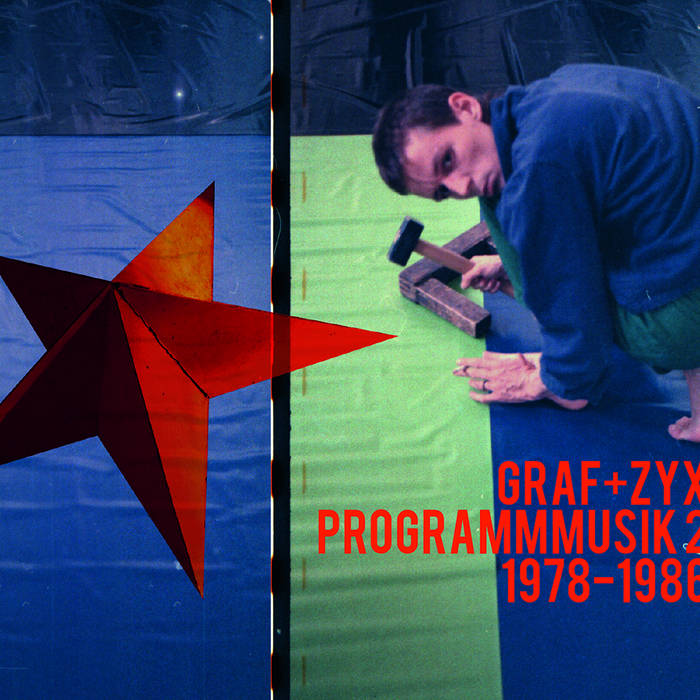 Inge Graf & Walter Zyx have been working together in arts, graphics and music for over thirty years now. Their debut music album, released under the name Zyx in 1981, and called "Trust No Woman", is a minimal wave/electronic classic that was re-issued by Klanggalerie years ago and sold out very quickly. In 1985 Zyx released a second album, Programmusik 1, on vinyl. Klanggalerie are now proud to present you a follow-up to this album, a part 2. It contains over an hour of mostly unreleased music from the band's archives. The sound that Graf & Zyx made in the early 1980s was way ahead of its time! Their minimalistic new wave songs were recorded at a time when most other bands were still trying desperately to get away from the punk ethos. Back then (and still now!) they were probably the only band that gained popularity outside Austria, with fans living from Tokyo to New York, and this at a time before the world was as globalized as it is today. The CD artwork has been created by the artists using old photographs and Graf & Zyx's unique graphics style, the music has been remastered and cleaned up. An absolutely stunning companion to Trust no Woman.