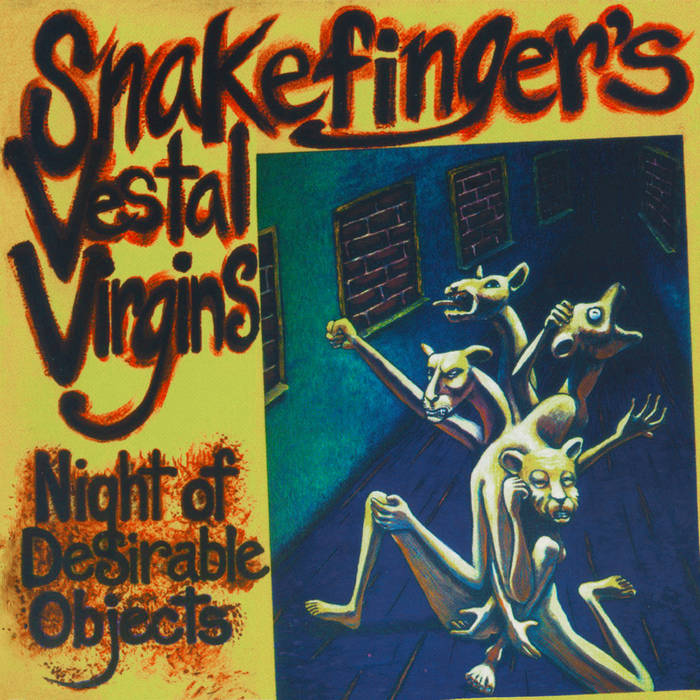 Snakefinger surely needs not much of an introduction. Born Philip Charles Lithman in London, he moved to San Francisco in 1971. His roots lie in the British blues scene, but he soon became friends with The Residents who also gave him the name Snakefinger based on a photograph of Lithman performing, in which his finger looks like a snake about to attack his violin. In 1972 Lithman returned to England and formed the pub rock band Chilli Willi and the Red Hot Peppers. After the lack of success of the second album, he returned to the states and work on his solo albums co-written and produced by The Residents began. Night of Desirable Objects was Snakefinger's fourth and final studio album, recorded with the Vestal Virgins and released by Ralph Records in 1987. It featured a variety of styles including jazz, folk, rock, gospel and polka, and displayed a compositional maturity. Snakefinger suffered a heart attack and died on 1 July 1987 in Linz, Austria while touring in support of the album, on the same day the album's first single was released: "There's No Justice In Life". As with all previous re-issues by us, this album will come remastered and with bonus tracks.