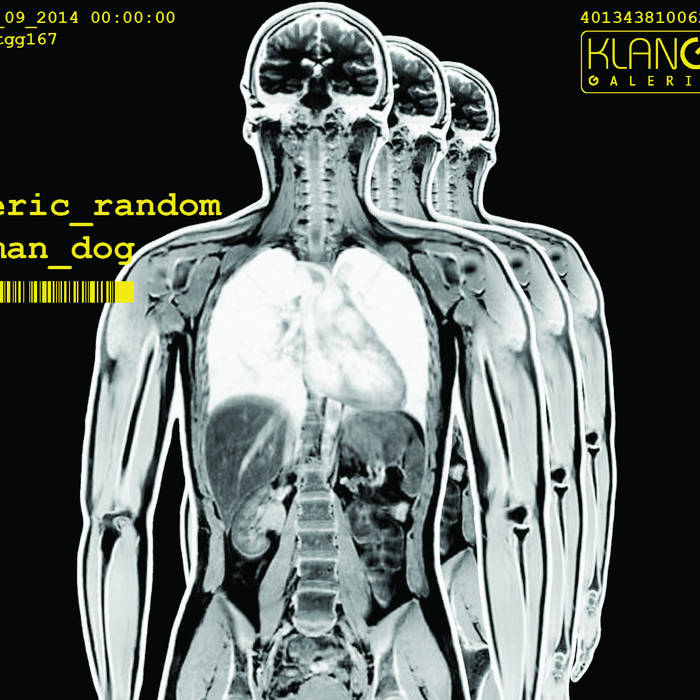 It's been 28 years since the last album by Eric Random.... born in 1961 in Manchester, UK, Eric started his career as a member of The Tiller Boys, but soon went solo. His early albums were eletronic with a load of guitar noise, he later went purely electro (when collaborating with Cabaret Voltaire) and then moved on towards a more ethnic/world music approach. For 8 years, Eric was also the leader of Nico's band. Now, in 2014, Eric Random is back with a brand new album and it takes him back to his electronic roots. Man Dog picks up where Time-Splice left, with a slightly updated sound. There's still traces of world music to be found, but the electro beats dominate the feel of the album. Eric has also started to play live again in Europe, so watch out for dates near you and catch him performing if you can.

Eric Random - All music and vocals
MacGillivray - Vocals on 4,6,9
Juneroy - Vass on 8