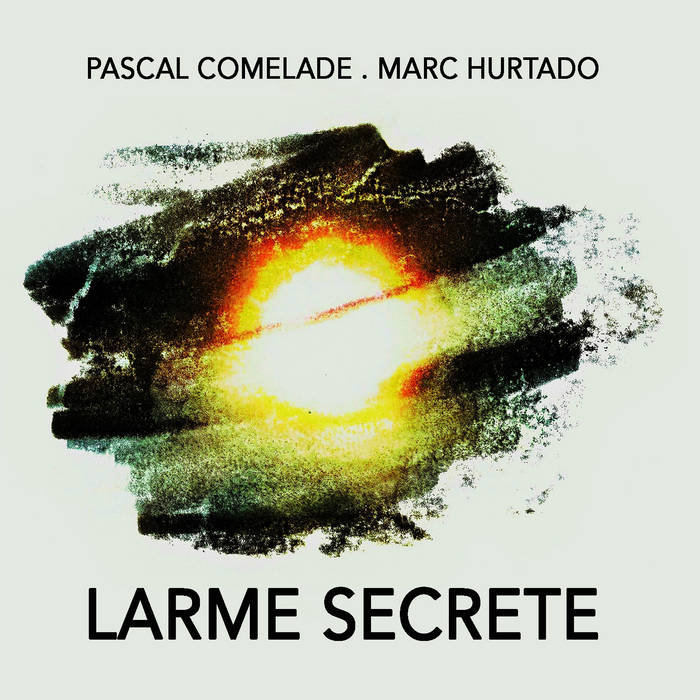 Pascal Comelade was born in Montpellier, France. After living in Barcelona for several years, he made his first album, under the name of Fluence, influenced by electronic music and by the group Heldon. Since 1980 Comelade releases music under his own name. Ever since, his music has become more acoustic and is often characterised by the sounds of toy instruments, used as solo-instruments or as an integral part of the sound of his group, the Bel Canto Orchestra. Marc Hurtado is one half of the experimental French duo Étant Donnés. Active since the end of the 1970s, the group has released several albums, also collaborating with people like Alan Vega, Lydia Lunch, Michael Gira or Genesis P-Orridge. Hurtado has also released several solo albums under his own name, again collaborating with various artists, and has toured with Lydia Lunch celebrating the music of Suicide. Larme Secrete is the first time that Comelade and Hurtado have collaborated. Larme Secrete is the sound of an electric shock , the sound of two hearts beating at the same rhythm, united in the pulsating and hypnotic music of Pascal Comelade melted in the fire of the celestial poems of Marc Hurtado. Synthesizers, guitars, drums, organ, piano, sound loops, whispering, flying, screaming voices transport you in a blazing sonic dream."