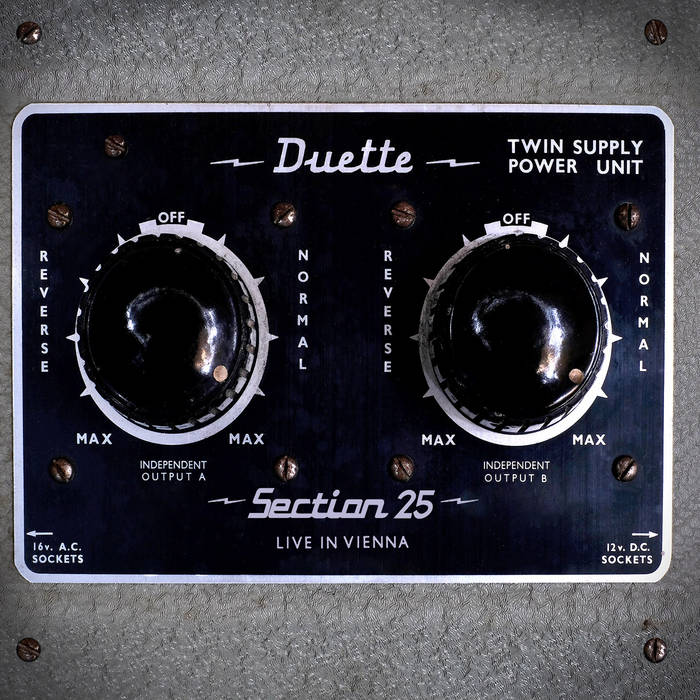 Section 25 formed in Blackpool,UK in November 1977. Initially they were a duo, consisting of brothers Larry Cassidy and Vincent Cassidy. In June 1978 they made their live debut with Phil Denton on guitar. Their first 7", "Girls Don't Count", was released in July 1980 on Factory Records, produced by Ian Curtis and Rob Gretton of Joy Division fame. Joined by percussionist Lee Shallcross, Section 25 gradually evolved with a more electronic-dance direction from 1983 onwards, a process which culminated in the album From the Hip and remix single "Looking From A Hilltop", both released in 1984 and produced by Bernard Sumner of New Order. This second iteration of the band also featured the Cassidy brothers' sister Angela Flowers and Larry Cassidy's wife Jenny Ross. In 1986 Section 25 fell silent for more than a decade, and reemerged with the album Part Primitiv in 2006. On 27 February 2010, it was announced that founding member, singer, and bass player for the group, Larry Cassidy, had died at the age of 56. After an expanded line-up consisting of Vincent Cassidy, Bethany Cassidy, Steven Stringer, Jo Cassidy and Michael Cassidy which recorded the latest studio album "Elektra" (also available from us), the band are now down to being a duo again - just like they started. Consisting of Vincent Cassidy and Steven Stringer, Section 25 performed a fantastic show in Vienna in October 2019 where this album was recorded.