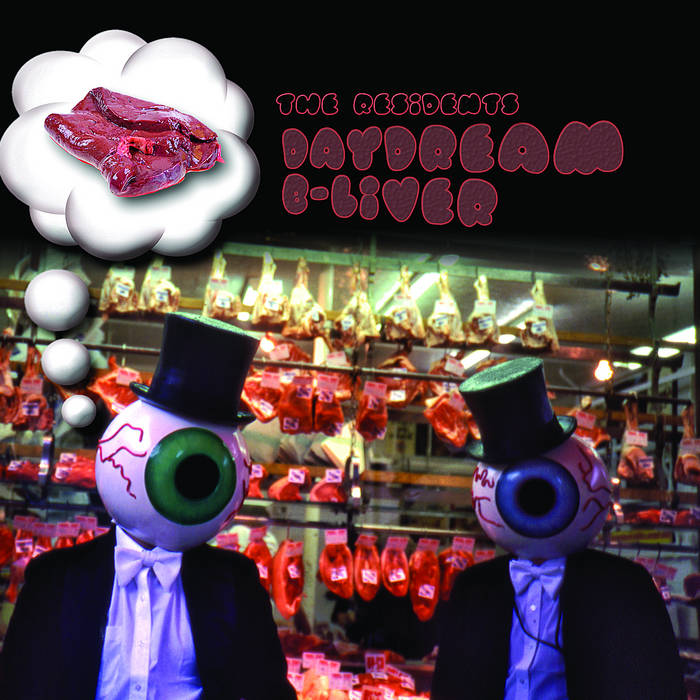 "Daydream B-Liver" was released by The Residents' Fan Club UWEB in 1991. It's an assortment of music from the years 1971 to 1991. The oldest material is a recording of a live show at The Boarding House in '71. The Residents were assisted by Snakefinger for the event. Then there is three tracks from the "Stars & Hank Forever" sessions that were not used on the original album. "Daydream In Space" was recorded by the band especially for this compilation. It is a nod to Sun Ra and Barry White. "Dog Glue" is an unused snippet from the "Baby King" music used on "The King And Eye". The 1990s are represented by music from the "Freak Show" and "Cube E" sessions, including a live rehearsal for a German TV show. The song that gives the album its title (apart from it being part B of "Liver Music") is a cover version of The Monkees' hit single of the (nearly) same name. As a bonus, we have included the "Special Almost Dance Mix" of "Hit The Road Jack", a song that The Residents recorded in 1987 as a follow-up to "Kaw-Liga". This version has previously never been available on CD. Comes with a new front cover by Pore No Graphics.

Performed by The Residents with N. Senada and Snakefinger.
Remastered by Christian Loebenstein.
Cover by Pore No Graphics.