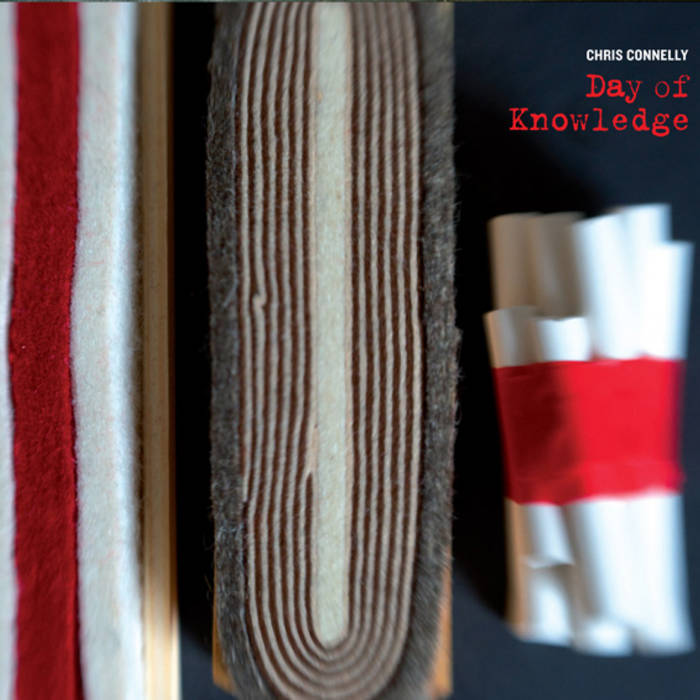 Chris Connelly grew up in Scotland where he also had his first band Fini Tribe. After meeting with Al Jourgensen in November 1986 in London's Southern Studios he took part in several of Jourgensen's projects, mainly as a songwriter and vocalist. Chris recorded with Ministry, Revolting Cocks, Pigface and many more. In 2006, he released the outstanding solo album "The Episodes" on David Tibet's Durtro label. Continuing this line of exploration Day of knowledge brings together his strong sense of melody, his voice, and the sonic experiments using tape, noise and found sounds that he first started addressing back in the late 70s with his band Fini Tribe. There are many songs on this album, both grand and minimal in execution, but there are also passages of noise, spoken word, unsettling ambience and silence. Chris is joined by a highly diverse cast of contributors, including stalwarts Bill Rieflin , Zak Boerger & Sanford Parker, and some collaborators from the past including Cabaret Voltaire's Stephen Mallinder, and old friends Jim O' Rourke & Ben Vida , as well as Kathleen Baird from the band Spires That In The Sunsets Rise. "Day of Knowledge" is not an easy listen, and it is far removed from his last rock album Artificial Madness but Chris considers it his most realized work to date, taking 9 months to complete over a series of studious re-writes and reading. However, it is a thing of beauty, a study of extremism, and of humanity.