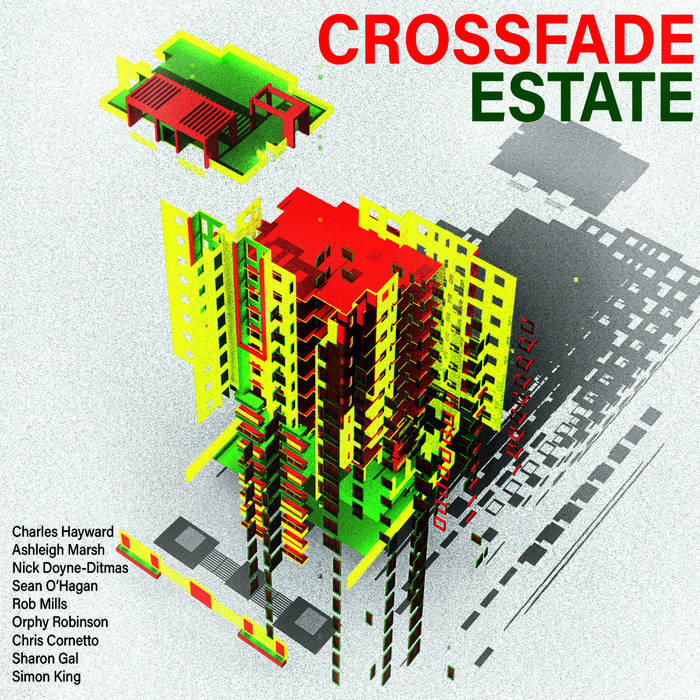 Crossfade Estate was a special, distinct project. It was made in November 2005. Recorded in 10 hours. Edited, mixed and collaged over 18 months. It was a development of Charles Hayward's long term relationship with The Albany in Deptford, London. They asked him to push their recently installed digital recording suite and see what he could make. The approach was a step further from the series Accidents+Emergencies which Hayward had curated in the late 1990's. It was a pulling together of different musics and strategies and the resultant material. Hayward thought of it like a soap opera, with characters reappearing in different combinations and in different scenarios, the market square, the living room, the mechanics' garage. But instead of people, themes and riffs and rhythms so that the music was constantly at the crossroads, at intersection points of its own devising. Charles Hayward, Ashleigh Marsh, Nick Doyne-Ditmas, Sean O'Hagan, Rob Mills, Orphy Robinson, Chris Cornetto, Sharon Gal, Simon King are playing on the album. Previously unreleased and now made available for the very first time!