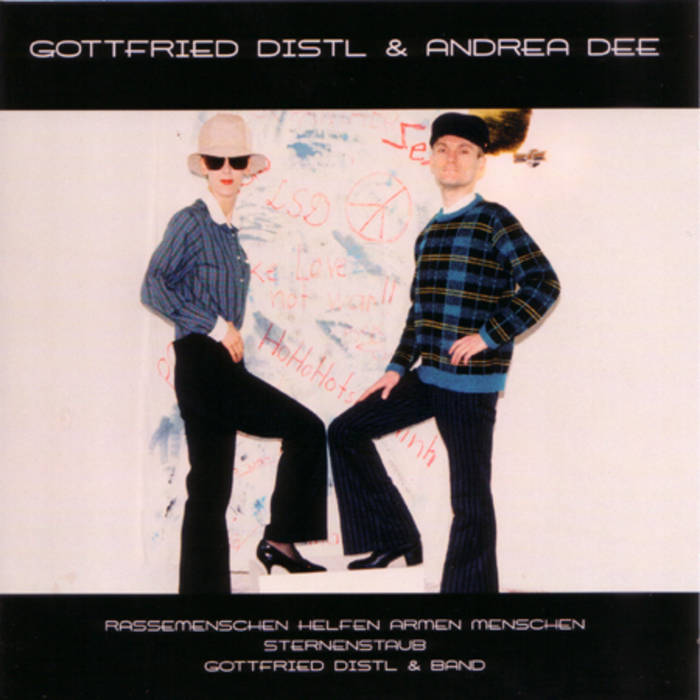 Klanggalerie goes Art Pop! Gottfried Distl & Andrea Dee's collected works present all three projects that these Austrian underground legends were involved with: Rassemenschen helfen armen Menschen is the earliest material and is harsh, beat drivene electronic music with strange vocals and obscure melodies. No Wave Viennese style.
Sternenstaub was the second band - they called them selves a "New Wave Swing Band" at the time. Jazzy influences meet electro pop, the music was co-produced by Zyx (whose album "Trust no woman" is also available on Klanggalerie). Gottfried Distl's solo material is more wave-rock orientated, and the four new songs that round up this compilation are the first material written since the mid 1980s.
Recorded in collaboration with Austrian group Konsorten TM, these songs are dancey synth pop with vocals in German and English. As a bonus, there is also a recording of the three songs they presented live at the "Neonbeats" release party in 2010. The definitive collection of all projects by Distl & Dee.