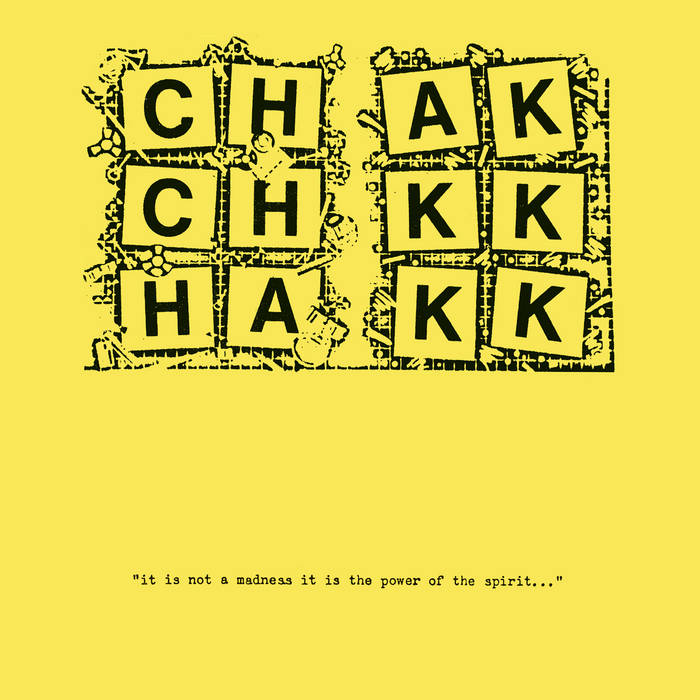 Chakk existed between 1981 and 1987. Their first single, "Out Of The Flesh", was recorded with Richard H. Kirk at Cabaret Voltaire's Western Works studio and mixed and engineered by Alan Cross, a member of the band who had studio training. Chakk's original sound was centred around Cross' four track tape machine, some home built echo and effects boxes and a small mixing desk. They had always believed that the most important instrument a band could use was the studio itself. The first album by Sheffield electro funk group Chakk was originally released as a cassette by the band themselves in 1982. Personnel for this album: Mark Tattersall (also in Element/Transelement, drummer for Cabaret Voltaire on various recordings), Mark Brydon (also in Moloko, Hula), Sim Lister (also in Heights of Abraham), Alan Cross (DJ Alan X). This early recording, unheard by most people until today, presents a much jazzier and funkier Chakk than later Fon releases. It could be compared to early Clock DVA. There's also a lot of Cabaret Voltaire here, some Hula, also some Industrial music. The album is one wild ride of styles and sounds. It's a fantastic document of its time, and at the same time a timeless and brilliant piece of music. Carefully remastered for this first digital release.